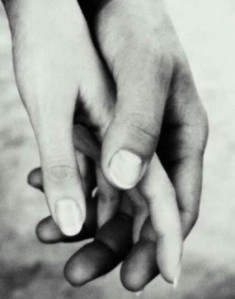 I walked away as quickly as I could. Thunder rolled in the distance, and a gust of wind sent chills down my spine. What was wrong with me? I had literally just poured out my heart to a person who didn’t care. I folded my arms and tried to tuck my head below my shoulders. Why would he confront me anyway? When did he ever start caring for my opinion? I was just so confused and angry that I had ended up spilling everything!

I stopped to catch my breath and let my hands fall to my sides. I wanted to lean against the old brick of the closed sub store. I wanted to lay down in a curled ball at the corner next to the alley. I looked up and prayed for rain. Maybe it would hide the tears burning behind my eyes. It was at that moment that I felt a touch. Then the hand slipped over mine and weaved through my fingers. My heart began to pound, and the blood burned in my face like I had never felt before. He was so close. I could feel him right behind me as his chest brushed against my back, and his breath clung to my cheek. The rain began to pour, but I was still nearly too stunned to hardly flinch at the icy cold bullets that rained from the sky.

“We should get out of the rain,” he whispered so closely that I think even his lips brushed against my ear. He pulled me back under the cover of the little sub store, but I could not even bear to look at him. Not even when he firmly put his arm around me. He stared up at the gray sky while I stared straight ahead. I think we both felt a little uncertain, but maybe I was just imagining it. Where was this side to him even coming from? “Evelyn.” He rested his cheek on my head. “I know that I’ve always been an idiot, and the truth is, I only ever became an idiot to get over the fact that I am madly in love with you.”